Church Hurt: Is it time to leave?

HOW DO YOU NAVIGATE CHURCH HURT?

If you’ve been on TikTok or Instagram lately, you’ve likely seen countless videos, meme accounts, and stories about church hurt. For the last episode of season one, Whit and Adam explore church hurt and what to do about it. 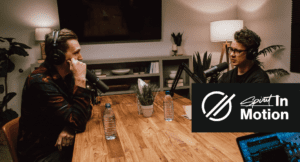 Often we think, that church is where everybody is supposed to be doing the right thing. The idea is there shouldn’t be any hurt at church. But unfortunately, that’s not true. The reason pain is in the church is because people are in the church.

Church hurt is the result of sin.

Are you allowing people to apologize?

We all have desires and expectations, and sometimes those expectations just aren’t met. But people around us may have no idea how hurt we are by those unmet expectations. Biblically, there is a command that says, if your brother has done something against you, you should go to him. Often, we think it’s easier to carry our bitterness, disappointment, and unmet expectations, rather than going to the person who hurt us and having a conversation. It’s hard, and it’s scary to have those conversations, but it is worth it.

Often, we end up making excuses for our feelings. We’ll say things like, “Well, it’s not that big of a deal” or “I don’t want to make it bigger than what it is.” But the hurt or disappointment ends up building more and more resentment. Disappointment, hurt, and unmet expectations are like wet concrete. If you don’t deal with it when it’s wet, it will eventually solidify and harden. Then, removing it becomes a lot more complicated. We hear so many stories of church hurt because we aren’t great as a culture about sitting down and being honest about our pain. Instead, we would rather avoid the uncomfortable feeling of being honest and leave the church.

The church is a covenantal relationship.

We often treat our churches like a product to be consumed. If the product makes us happy, we stick with it, but if we no longer like the product, we move on to the next best thing. Our relationship with our church comes down to how well the church can serve us or align with what we believe; it doesn’t take much to move from a fan to critic of the church. Like marriage, though, the church is meant to be deeper than a consumer-style relationship based on wants, needs, and expectations being met. Your relationship with the church should be covenantal—based on deep, lasting commitment. A covenantal relationship says, “For better or for worse, I’m here with you.”

So, what do I do about church hurt?

How do you navigate church hurt? How do you begin to have honest conversations?

If you need some help walking through how you’re feeling and the issue you’re experiencing, try using Pete Scazzero’s ladder of integrity.

There is no excuse for physical, emotional, or verbal abuse. If you are being abused, notify someone in authority and separate yourself from the situation right away.

Read more for Spirit In Motion: “The church is not a building”

Listen to more from Spirit In Motion

True Lies: “Your past does not define you.” >