True Lies: “Christians should be ready to defend their beliefs”

Today, we’re looking at the idea that, “Christians should be ready to defend their beliefs.” We like to call a statement like that a true lie. There’s a hint of truth to it, but ultimately the idea has resulted in a misunderstood, broken concept… a true lie. 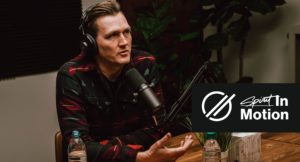 Defending our beliefs is an interesting topic right now. With the pandemic, the election, increased racial tensions, and government control questions, there seems to be so much more tension and division. In response to all of this, people feel like their backs are up against the wall, and if they don’t defend their beliefs, then they’ll be overtaken by the other side.

With social media, there’s more opportunity for echo chambers than ever before. You can surround yourself with people who affirm and agree with what you believe. The natural human tendency is to hang out with people who don’t disagree with you. It’s hard to be around people who are just wildly different than you. We tend to gravitate toward environments, message boards, communities, and friend groups that agree with us. So, when we put our opinion out there, it gets echoed back to us. The echo chambers powerfully reinforce what we believe. So when we encounter people who don’t believe the same as us, it can be shocking.

“WE MAKE A DEVIL OUT OF SOME PEOPLE AND JESUS OUT OF OTHERS.”

It can be difficult not to make a devil out of some people and Jesus out of other people based on how they voice their opinion. When you do that, you run the risk of alienating the very people you’re trying to talk to and building more consensus with the people who already agree with you.

There’s a story in scripture where Jesus is in the garden, the night before He’s crucified. There’s a mob that comes to arrest Him. As they’re taking Him away, there is a confrontation between Jesus’ disciples and this group of people that want to arrest Jesus. Scripture says that Peter, Jesus’ disciple, grabs a sword and ends up cutting off a man’s ear.

“WE END UP CUTTING OFF THE EARS OF PEOPLE WE’RE TRYING TO COMMUNICATE TO.”

When we, as followers of Christ, go to the sword, when we come out with weapons, and we’re ready to fight or defend, we end up cutting off the ears of the people we’re trying to communicate to. They can’t hear us because we came with the sword.

Jesus says, “put your sword away, Peter. He who lives by the sword will die by the sword.” Jesus’ Kingdom doesn’t grow through fighting; it expands through peace and compassion. Jesus said by this, all men will know that you’re my disciples, that you love one another. It’s the love that we have for each other that opens people’s eyes and ears.

Listening is never a bad thing.

When people feel heard, they’re willing to listen so much more. The greatest way we can love the people we disagree with is to listen to them. When you find yourself in a conversation where you want to defend your beliefs, when tensions are starting to get elevated, ask yourself, “what’s my motive for continuing this conversation?” Is it pride? Am I trying to dominate and win this conversation? Or am I trying to share with someone something that I think?

Listen to Whit and Adam explore this subject in-depth on this week’s episode of Spirit In Motion on Apple Podcast, Spotify, or YouTube.

Listen to Episode One of Spirit in Motion: Have you met the real Jesus?

Listen to more from Spirit In Motion