Over the next few weeks, we’re considering the book of Acts together, one chapter at a time. This Bible study is intended to be for anyone, no matter your past experience or current season of life! This study can take as little as 10 minutes or launch you into a further study as the Spirit leads. 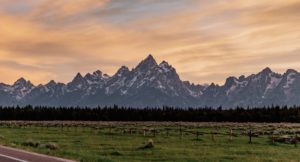 We have two rules of engagement in our Bible studies. I think they’ll resonate with you.

Approach this study with a spirit of faith. God wants to speak to you through these words, so ask Him boldly. Then I’d love to invite you to take a step of boldness. Share your observations and pressing questions with me: bible@churchonthemove.com.

There are zero prerequisites for this Bible study series—no previous Bible knowledge is needed. However, if you’d like to get the most out of our time together, humility is required. Each time you peel open the book of Acts, you’re traveling to a distant land, crossing boundaries of space and time, interacting with ancient words written to an ancient people living in a very different culture than ours.

In other words, Acts may not answer the questions you’re asking or say what you’re hoping it will say. And that’s okay!

Humility simply means listening well—laying down presuppositions and assumptions, and letting the author say what he wants to say through the narrative.

So two rules: Be bold. Be humble. You game? Cool. Let’s get started.

What Will You Learn from This Blog

By the end of this Acts 1 study, you should be able to:

To start, listen to this ACTS 1 Reading all the way through.

Read Acts 1v1-3. Make note of your observations and questions.

In the first book, O Theophilus, I have dealt with all that Jesus began to do and teach, until the day when he was taken up after he had given commands through the Holy Spirit to the apostles whom he had chosen. He presented himself alive to them after his suffering by many proofs, appearing to them during forty days and speaking about the kingdom of God.

What’s the first thing you observe about the opening of Acts? Do you notice how it begins? Luke’s Acts has something in common with great literary works like Homer’s The Odyssey, Shakespeare’s Hamlet, Lucas’ Star Wars: A New Hope, and Elizabeth Banks’ Pitch Perfect 3. It begins in media res (right in the middle of the action).

“In the first book…” and “all that Jesus began to do and teach….” tells us this is the author’s second work about Jesus.

Acts is the much-anticipated continuation of a narrative covering perhaps of the most epic story ever written.

Luke-Acts is a two-part, tethered work that makes up 28% of the New Testament. In Luke-Acts, Luke contributed more content than the collected writings of the Apostle Paul (24%) or of the Apostle John (20%). Through his writing, we know Luke was an absolutely brilliant historian, journalist, and literary artist. His powers of rhetoric and persuasion have been likened to C.S. Lewis (if Lewis were an archaeologically-trained Bible scholar).

“But,” you say, “the careful investigation and meticulous publication of so much content by such a master storyteller must have cost a fortune!” Great point. It did, in fact. In a mostly illiterate first century culture, writing was a very time-consuming, expensive venture. That’s why both books (Luke-Acts) begin with a dedication to their patron. What’s his name? That’s right, it’s Theophilus.

Ol’ Theo might have been a disciple of Luke’s, but he almost certainly funded more than Luke’s pen and papyrus. Interestingly, the name Theophilus means “friend of God.” Acts was written to a real person named “friend of God” and for the benefit of all friends of God.

And while staying with them (Jesus) ordered them not to depart from Jerusalem, but to wait for the promise of the Father, which, he said, “you heard from me; for John baptized with water, but you will be baptized with the Holy Spirit not many days from now.”

So when they had come together, they asked him, “Lord, will you at this time restore the kingdom to Israel?” He said to them, “It is not for you to know times or seasons that the Father has fixed by his own authority. But you will receive power when the Holy Spirit has come upon you, and you will be my witnesses in Jerusalem and in all Judea and Samaria, and to the end of the earth.”

And when he had said these things, as they were looking on, he was lifted up, and a cloud took him out of their sight. And while they were gazing into heaven as he went, behold, two men stood by them in white robes, and said, “Men of Galilee, why do you stand looking into heaven? This Jesus, who was taken up from you into heaven, will come in the same way as you saw him go into heaven.”

See how Luke draws us right into action? Put yourself in the disciples’ sandals for a moment. You’ve just spent 40 days with the man you believe to be Israel’s savior and messiah—wiser than Plato and Aristotle, more powerful than any deified Roman emperor, conquering death itself, and confounding corrupt religious rulers along the way.

You saw him crucified. Now you see him alive, eating, drinking, laughing, teaching, and now foretelling. Wouldn’t you want the rest of the world to experience this kind of king?

No wonder they asked a “your kingdom come” question.

Through Jesus’ response, Luke gives us a glimpse of the first major emphasis of the book of Acts (a theme continued from the Gospel of Luke). Jesus points to the disciples’ longing expectation for His good rule to the person and work of the Holy Spirit!

Then Luke uses the words of Jesus’ “power promise” to provide the literary structure for the entire book — “you will be my witnesses in Jerusalem and in all Judea and Samaria and to the end of the earth.” Here, there, everywhere. Acts will follow the Jesus-gospel along that narrative path through to the end (Acts 28).

In a twinkling of an eye, Jesus ascends to Heaven, the completion of this earthly ministry and the beginning of the age to come.

What else do you observe? What do the two “men” in white robes promise?

The ascension of Jesus is one of the most important events in all of history — as important as Jesus’ virgin birth, sinless life, and his crucifixion-and-resurrection. Why do you think it’s so significant?

Then they returned to Jerusalem from the mount called Olivet, which is near Jerusalem, a Sabbath day’s journey away. And when they had entered, they went up to the upper room, where they were staying, Peter and John and James and Andrew, Philip and Thomas, Bartholomew and Matthew, James the son of Alphaeus and Simon the Zealot and Judas the son of James. All these with one accord were devoting themselves to prayer, together with the women and Mary the mother of Jesus, and his brothers.

In those days Peter stood up among the brothers (the company of persons was in all about 120) and said,

“Brothers, the Scripture had to be fulfilled, which the Holy Spirit spoke beforehand by the mouth of David concerning Judas, who became a guide to those who arrested Jesus. For he was numbered among us and was allotted his share in this ministry.”

(Now this man acquired a field with the reward of his wickedness, and falling headlong he burst open in the middle and all his bowels gushed out. And it became known to all the inhabitants of Jerusalem so that the field was called in their own language Akeldama, that is, Field of Blood.)  “For it is written in the Book of Psalms, ‘May his camp become desolate, and let there be no one to dwell in it’; and “‘Let another take his office.’

So one of the men who have accompanied us during all the time that the Lord Jesus went in and out among us, beginning from the baptism of John until the day when he was taken up from us—one of these men must become with us a witness to his resurrection.”  And they put forward two, Joseph called Barsabbas, who was also called Justus, and Matthias.

And they prayed and said, “You, Lord, who know the hearts of all, show which one of these two you have chosen to take the place in this ministry and apostleship from which Judas turned aside to go to his own place.”

And they cast lots for them, and the lot fell on Matthias, and he was numbered with the eleven apostles.

A lot happens in this section, but remember a couple of key things that preceded it. Jesus had been talking to them about His kingdom. He had aligned their expectations from a specific time and place (namely redeeming Israel) to a specific person and work (namely the Holy Spirit’s power to make them witnesses).

They return to Jerusalem. Weren’t you expecting more? Look back at the number of words given to describe Jesus’ ascension and the Spirit-power promise. Now, look at how much attention is given in this last section for what seems to be nothing more than a roll call and a keeping of the minutes.

Remember what sort of book Acts is (see How to Understand the Book of Acts here)?

SEEING YOURSELF IN THE NARRATIVE

What we see Luke doing in the last 2/3 of Acts 1 is inviting us to see ourselves in the narrative. It’s as if Acts 1 asks, “What would you do next if you saw your resurrected Messiah ascend into Heaven?” and then shows us a wise path by virtue of the narrative.

These followers of Jesus did what Jesus told them to do and took the ordinary steps they knew to take! There’s nothing supernatural about going back to Jerusalem, gathering for prayer, and choosing another apostle. And that’s the point. They didn’t go out and act in presumption, taking leaps of faith based on Jesus’ promise. They took the step in front of them to take, trusting Jesus would do what He said He would do in His time, while eagerly asking Him to move now!

APPLYING ACTS 1 TO YOUR LIFE

Are you waiting on God to do something supernatural in your life? Do you wonder if He’ll do what He’s promised in your life? You followed Jesus. He ascended. Do you feel like He left you to face your unknown future alone? What should you do?

Ask for Jesus’ kingdom to come. Pray that His future reign bursts into your present circumstances. Then look with longing expectation for Jesus to empower you with His Holy Spirit in the meantime. Acts 1 compels us to do what only we can do while we’re waiting for God to do what only He can do.

The photo on this blog was taken by our very own photography volunteer, Isaac Martin. Check out more of his work here.