The Unexpected Power Of Jesus 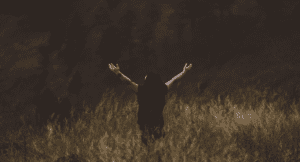 His own people, closest friends, and family didn’t recognize Him as the one they desperately needed. He wasn’t the Savior they were expecting. Even John the Baptist, Jesus’ cousin who baptized Him, struggled with frustrated expectations about how Jesus was doing with His divine assignment.

John was imprisoned for calling a king to repentance. After hearing about the ministry of Jesus he sent his disciples to ask, “Are you the one who is to come, or should we expect someone else?” If anyone knew who Jesus was, it was John the Baptist. Even John, who was called to prepare the way for the Messiah’s arrival, wrestled with the way this story was unfolding.

Jesus replied, “Go back and report to John what you hear and see: The blind receive sight, the lame walk, those who have leprosy are cleansed, the deaf hear, the dead are raised, and the good news is proclaimed to the poor. Blessed is anyone who does not stumble on account of me.” Matthew 11:2-6

Looking for more in Jesus

The depth of their problem went far beyond the oppression of Rome. Their hearts were enslaved to sin.

And the breadth of the problem went far beyond the people of Israel. All of creation had been subjected to sin’s unrelenting influence.

And the sin that enslaved humanity would require a different kind of power to be defeated. Not overt. Not flashy or showy.

Jesus’ victory over sin was not won based on the expectations of His followers but through radical surrender to the will of the Father.

Since sin entered the world through rebellion against God, so sin will ultimately be defeated through surrender to God.

Power through surrender is what made Jesus so compelling. Jesus wasn’t subject to the expectations of His followers. He was free to meet people wherever they were; at dinner tables, on the side of the road, in the wilderness. He stooped down to lift the head of the lowly. Spoke to and looked people in the eye. Didn’t rule from afar. Brought the kingdom of God close. And that’s not what we expect from human authority.

The authority that Jesus used to minister to people was born out of the reality that everything He ever did was only what He saw the Father doing (John 5:19).

And for that reason, He could confidently say to His disciples on the night before He went to the cross, “I don’t have much more time to talk to you, because the ruler of this world approaches. He has no power over me, but I will do what the Father requires of me, so that the world will know that I love the Father.” John 14:30-31

So, if we truly want to know what God is like we need to take a good hard look at Jesus. And that’s really good news! His obedience, empowered by the Holy Spirit and born out of His love for the Father, ultimately led Him to the cross. Jesus displayed power over sin that had been the brutal taskmaster of humanity through surrender to His Father in complete trust. And this act of radical trust led to the reconciliation of humanity to God.

What does this mean for us?

Jesus is inviting us to a life of surrender. To the world, that will look a lot like being powerless.

In 1 Corinthians 1:18, Paul writes, “the message of the cross is foolish to those who are headed for destruction! But we who are being saved know it is the very power of God.”

Should we be surprised that people don’t see the power in the cross? Surprised in a life of surrender to Jesus? Not at all! We have the unique opportunity to show the world what God is like through our surrender.

Jesus leads us to a continual life of surrender.

A life that testifies to the world that God is a God who comes close. He moves toward us in love. Just like Jesus revealed the Father, He calls us to do the same by laying our lives down, by serving people, meeting them where they’re at, and calling them to fullness of life in surrender to Him. So, what does that look like for you?

Take a few moments to ask yourself:

• Where am I relying on the world’s expectations of power or success?
• How can I shift my focus to trusting in the power of Jesus through my surrender?