A moment of doubt can change everything. 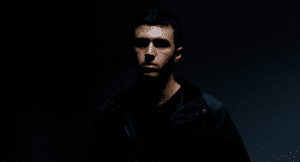 Now the serpent was more crafty than any of the wild animals the Lord God had made. He said to the woman, “Did God really say, ‘You must not eat from any tree in the garden’?”

“You will not certainly die,” the serpent said to the woman. “For God knows that when you eat from it your eyes will be opened, and you will be like God, knowing good and evil.”

When the woman saw that the fruit of the tree was good for food and pleasing to the eye, and also desirable for gaining wisdom, she took some and ate it. She also gave some to her husband, who was with her, and he ate it. (Gen. 3v1-6 NIV)

There is a growing cultural phenomenon taking place in the Western Church at the moment. Over the past couple of decades, due to a wide variety of factors and influences, a new “rite of passage” has emerged within Christianity: deconstructing the faith we grew up with.

My construction analogy inevitably breaks down (deconstructs?) at some point, but whether Christians know it or not, this is happening in all of our churches. It’s no longer just in NYC and LA, but in Tulsa. And it’s not just the erudite, college-educated elite asking these questions; it’s our junior high and high school students. Much like Eve in the garden, it all begins with a question (“Did God really say…?”). A theological clipboard is handed to someone. They’re encouraged to question the foundation, check the walls, open up all the cabinets, the drawers, the closets. Especially the closets. There’s no telling what off-limits questions the church has stuffed in there.

“If God could stop all pain and suffering, then why doesn’t he?”

“Isn’t Christianity the most oppressive of all religions?”

“Can I be attracted to the same-sex and still be a Christian?”

THE SAFEST PLACE TO DOUBT

It’s important to affirm that asking questions like these is not a sin. Just because you’re checking out the foundation or the drywall or the coat closet does not mean you will inevitably lose your faith. In fact, in some cases, an “inspection” shows us the faulty things that we wouldn’t have otherwise seen. In other words, deconstruction can be a necessary project in order to facilitate healthy rehabilitation. We may have been taught wrong about a particular doctrine, we could have served on a volunteer team that gossiped about the preacher’s wife, or maybe there was even a cover-up of some kind by the church’s leadership in an effort to protect their own reputations. There is no perfect church. But there is also no church that is unloved by Jesus.

Do you know where it went wrong for Eve in the garden? It’s not that the fruit was so irresistibly in season (I’m convinced it was a Honeycrisp) that she didn’t stand a chance at saying no. And it’s not even that the power and craftiness of the serpent were greater than her own. No, Eve was destined to fall the moment she moved forward without processing her doubt with Adam and with God.

There’s more to this story, however. In reading Genesis 3 have you ever thought to yourself, “Where is Adam?” Where is her co-ruler? Her husband? The man to whom she was given as partner? If you read the text closely, you’ll discover a fascinating detail: he’s right there with her (Genesis 3v6). And he doesn’t say a word.

Sometimes the person that is struggling with doubt needs to initiate a conversation with their church. But other times, the church is already in relational proximity to help a doubter and, like Adam, stays quiet when the words and comfort of God are needed. I want to state this as clearly as I can: doubters in the church are not problems to be solved; they are gifts to be embraced. Through their patient and sober questioning, they remind us all what it looks like to genuinely grapple with God like Jacob did at Peniel (Genesis 32v17-32).

PERSEVERING IN DOUBT, IN FAITH

The consistent witness of the Scriptures is that doubt, like any other temptation, is not a sin in and of itself. The question is not whether doubt will come (it will), but what we will do with it when the clipboard is in our hand and we’re staring at theological asbestos. In such a scenario, I believe Jesus would have us do two things.

Let’s unpack that. When Thomas, one of Jesus’ disciples whom we have dubbed “Doubting Thomas,” demands in John 20v25 to see the wounds of Jesus, he does so to his fellow disciples—the church. And when the resurrected Jesus shows up a couple of verses later, he gives Thomas everything he asks for.

“The nail marks in my hands? Here you go. The hole in my side? Have at it.”

There’s no anger or disappointment, only an invitation to gaze upon the crucified yet resurrected Messiah—his body. And in doing so, Thomas’s doubt is transposed into joyful belief. Did you know that, according to the New Testament, there is another “body” of Jesus? While his biological body is off somewhere in the heavens at the right hand of God (true story!), he still very much has a “body” here on earth with its own set of wounds upon which he has poured out his resurrection power: the church.

“Then Jesus told him, ‘Because you have seen me, you have believed; blessed are those who have not seen and yet have believed’” (John 20v29).