Psalm 2: Looking For A King

I loved fairytales when I was a kid. (I still do. Give me Lord of the Rings and The Chronicles of Narnia any day and I’m a happy camper.) I loved getting lost in a make-believe world where anything was possible. In that world, the limitations of being a kid were of little consequence. There were kings and castles, princes and princesses, magic and spells. And there was always an enemy to be defeated, a battle to fight, and an unexpected hero who would inevitably emerge. 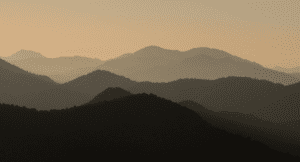 I loved when the author would describe what the king was like. Show me the king and I’ll know everything I need to know about his kingdom.

There once was a king who was kind and good. All of his subjects trusted him and flourished under his reign.

There once was a king who was cruel and selfish. All of his subjects feared him and struggled to survive.

If we want to know what living in the kingdom is like, we only need to look at the king.

So, what does my childhood obsession with fairytales have to do with The Psalms?

Quite a bit, actually.

Psalm 1 and 2 are often referred to as the gateway to the Psalms. They hold the keys to interpreting the rest of this compilation of prayers. Psalm 1 is all about heeding the Lord’s instruction and flourishing because of it. Read more on Psalm 1 in last week’s blog. And Psalm 2 is all about a King.

In 2 Samuel 7 God makes a covenant with King David that one of his descendants would sit on the throne as king forever. It is on the promise of this anointed King, or Messiah, that the people of Israel set their hope and expectation. That’s why throughout the book of Psalms we see descriptions of this soon coming king who would one day make all things right. Just think about it. To a people in exile in a foreign land, the hope of this Messiah would have been everything!  Here are just a few things that the Psalms have to say about this king:

He is the King of glory who is mighty in battle. Psalm 24:8

Who is this king?

I’m going to let you in on a secret you probably already know. This King, the one that the Israelites are to set their hope on in Psalm 2, is Jesus. This Psalm is quoted seven times in the New Testament referring to Jesus’ fulfillment of this messianic prophecy. So, what does this Psalm tell us about the kind of King that Jesus is?

What kind of king is Jesus?

Pull out your physical Bible or check out Psalm 2 HERE.

If you take a look at the first few verses, you might be surprised that this Psalm starts out by saying that this King will be resisted.

But it isn’t because He’s not a good King! This has far more to do with humanity’s own tendency to rebel. We want to do things our way and anyone who tells us we can’t we are suspicious of, even if they only have our highest good in mind. When we seek to rule ourselves the good and gracious commands we receive from a good and gracious king can become like bonds and cords around us.

But trying to shake off the rule and reign of the king God has established is ultimately futile and to God it’s laughable (verse 4)!

When we take a look at verses 4-9 we see that this king is all-powerful.

No one can try to usurp Him and succeed. Rulers and authorities may try to assert themselves, but God is the One who exalts His Son. This King is the sovereign (or all-powerful) king of all of creation. His throne has been firmly established and His reign will never end.

This Psalm is a source of great comfort to those of us who choose to take refuge in King Jesus. But this Psalm is also a word of warning to those who would be tempted to rebel against God for the sake of power or control.

Jesus the King is worthy of our trust.

So how do we know what the kingdom is like? We look at the King. Philippians 2:5-11 shows us that the way Jesus ascended the throne is the way that He calls us to live in His kingdom; through sacrificial, self-giving love, fully submitted to the will of the Father.

“Have this mind among yourselves, which is yours in Christ Jesus, who, though He was in the form of God, did not count equality with God a thing to be grasped, but emptied himself, by taking the form of a servant, being born in the likeness of men. And being found in human form, he humbled himself by becoming obedient to the point of death, even death on a cross. Therefore God has highly exalted him and bestowed on him the name that is above every name, so that at the name of Jesus every knee should bow, in heaven and on earth and under the earth, and every tongue confess that Jesus Christ is Lord, to the glory of God the Father.”

We are surrounded by blessing.

This Psalm ends the way that Psalm 1 begins. With a declaration of blessing. Who is blessed? All who take refuge in the King are blessed. All who place their trust in Jesus are blessed. All who renounce the ways of the world are blessed. They are blessed even in the face of turmoil, suffering, and pain. Even in the middle of circumstances that seem like they will never end. When we are tempted to scramble for a sense of control or normalcy God sits in the heavens. He has established His King upon the throne. And rather than resist Him, we can take refuge in Him.

Because He is a good King.

We can trust Him.