The Victory of Jesus

When I think about victory, I have a vivid flashback to something I did A LOT when I was a kid.

Growing up, I would challenge my brother to races all the time, but I was so terrified of losing that right when the race began, I would stick out my arm and start pushing my brother back. I ran like this the entire race. I was a little bit older, taller, and stronger than him, so I could hold him back just enough to make sure I came out victorious every time. It’s silly to think about now, but for me, this was the true picture of victory as a kid. 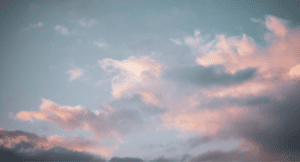 What do you picture when you hear the word victory? Slow down for a minute and really think about it. Do you see when your team won the championship game? A military general who successfully led his troops in battle? The climax of your favorite action movie?

There are countless scenarios that might come to mind for you, but I would bet that the scene in your mind doesn’t include someone dying.

Especially when looking at the story of Jesus, it’s easy (and very common) to see his death on the cross as a form of defeat. The cross is often portrayed as nothing more than a horrible, albeit necessary, loss, an event that simply paved the way for the victory of the resurrection.

>> But what if the gospels are showing us something different is happening with the cross?

>> What if, rather than losing by dying, Jesus is actually winning?

The Jews at the time of Jesus were hoping for a victory. They knew that God had promised them freedom from oppression, yet there they were, oppressed and occupied by the Romans. This shaped the view they had of their promised Messiah (a royal title that means “anointed one”). They took the prophecies of a coming king to be very literal; they wanted an actual king to sit on the throne and rule in Israel, saving them from the control of Rome. But throughout Jesus’s time on earth, he was annoyingly silent about Rome. In fact, he refrained time and again from starting any sort of political revolt against Caesar. Instead, he talked constantly about an alternative political reality: the Kingdom of God. And the way he talked about the Kingdom surprised everyone, disciples included.

In one specific interaction found in Mark 10, Jesus’ disciples began fighting over who would be second and third in command next to Jesus (see how they’re thinking of a powerful, political leader?). He responded to them saying, “But whoever would be great among you must be your servant, and whoever would be first among you must be slave of all. For even the Son of Man came not to be served but to serve, and to give his life as a ransom for many.” (Mark 10:43-45)

Jesus is making some bold claims here! This is a radically different picture from what was expected. Jesus said that people who follow him shouldn’t be focused on amassing power or control. (You can read more about The Unexpected Power of Jesus here.) He took their ideas of a top-heavy, pyramid-shaped authority structure and literally turned it upside-down, showing them that it’s not about climbing the ladder to be the person at the top, it’s about going down to the lowest person and becoming their servant.

CORONATION OF A KING

It’s been a while since we’ve seen a big coronation of a nation’s king or queen. But if you look up pictures or videos from coronations past, you’ll see some key elements shared throughout different cultures and times. In almost every instance, the king or queen will be wearing an ornate robe, they’ll have a crown placed on their head, and the crowd will shout an acclamation to the new ruler, bowing before them. Then, to mark the moment, there is usually an announcement presented to the people of the land, a banner or plaque, even a headline in the newspaper in modern times.

Think of the similarities of Jesus’ crucifixion compared to coronations of kings and queens throughout history; the soldiers “put a purple robe on him, then twisted together a crown of thorns and set it on him. And they began to call out to him ‘Hail, king of the Jews!’…Falling on their knees they paid homage to him…The written notice of the charge against him read: the King of the Jews.” (Mark 15:17-19, 32). What’s going on here? Why would Mark include these details? His descriptive portrayal is leading us to see that Jesus’ experience on the cross was his coronation as king of this upside-down Kingdom.

THE VICTORY OF THE CROSS

It’s interesting that what we would normally view as a negative event or a loss, God claims as a defining victory for his kingdom. The Bible says Jesus “disarmed the powers and authorities, he made a public spectacle of them, triumphing over them by the cross” (Colossians 2:15). Jesus took his rightful place as king, flipping the pyramid he “humbled himself in obedience to God even dying a criminal’s death on a cross” (Philippians 2:8). Jesus’ death was the ultimate victory with a larger lasting impact than what the disciples were able to see.

JESUS’ DEATH WAS THE ULTIMATE VICTORY

As evidenced by the cross, these instructions from Jesus of service and upside-down living lead us to a place where God achieves victory in remarkably surprising ways. When you are in the middle of a painful season, hoping and praying for a victory, I promise you the best thing you can do is surrender to God and serve those around you. If Jesus, the Son of God and King of everything, humbled himself and became a servant, how much more should we do the same?

And you’ll see your victory come. It might look different from how you pictured it, but I guarantee it will be so much better because “(God) can do infinitely more than all we can ask or imagine according to the power that is working among us” (Ephesians 3:20). Trust God, our loving and gracious Father, and victory will come to pass.